The BerkshireNow gallery space at the Berkshire Museum will feature an innovative exhibition of the work of architect Stephen Dietemann, along with that of three photographers who have documented his work as an architect, from Saturday, March 5, through Sunday, May 22, 2016. A reception and panel discussion will be held on Friday, May 6, from 5 to 8 p.m., in conjunction with Pittsfield’s First Fridays Artswalk, when the Museum’s BerkshireNow gallery is open to the public at no cost. Dietemann has been designing award-winning, energy-conscious, sustainable, contemporary residences in the Berkshires since 2002, with an emphasis on creating homes that not only work on, but enhance, challenging sites. As Dietemann notes, the completed work of architects, especially those designing residences, is rarely seen by more than a few individuals; thus architecture is shared primarily through photography. BerkshireNow: Stephen Dietemann explores the essential symbiotic relationship between the architect and the photographers who capture and interpret his work. The exhibition includes plans and images of five distinctive homes designed by Dietemann and photographed by Jonathan Hankin, Peter Peirce, and Paul Puiia. “Just below the mechanical and hard physical surfaces of wood, steel, and glass that must respond to physics and the dynamics of weather and human use are the more ephemeral layers of metaphor and concept – the design — that ultimately dictate the physical reality,” says Dietemann. “Once the architect and builder have completed their work, it is up to the photographers to re-expose that poetry – the building’s ‘soul’ — again. Without their efforts, the building’s true identity, its mission, its serendipity remain largely hidden.” About the architect

Stephen Gerard Dietemann, AiA, NCARB, graduated from Cornell University’s College of Architecture, Art and Planning in 1976. He settled in the Berkshires in 1996, teaching painting, drawing, and sculpture, and started his own architecture practice in 2002. He limited his architectural practice to residential design and construction, focusing on small, energy-conscious, sustainable contemporary houses, with an emphasis on designs for difficult sites. His residential work has been cited for design excellence by the American Institute of Architects and his work and architectural writings have been presented on Home and Garden Television, and in The New York Times, The Artful Mind, Berkshire Living, Berkshire Magazine, The Berkshire Edge and other publications and media outlets. He was interviewed by Joe Donahue on WAMC’s ‘Roundtable’ in 2013 regarding his unique architectural approach to residential design. He has served on the Planning Board and the Design Advisory Committee in Great Barrington, and presents his work each year through OLLI. The houses represented in this exhibition can be seen on the architect’s website at www.sgddesign.com.

About the photographers Jonathan Hankin has a BA in English from Yale and did graduate study in architecture at UCLA, where he was introduced to architectural photography by Julius Schulman. He is a licensed architect as well as a licensed real estate broker. He served as a photographer in the Peace Corps in Togo, West Africa. His architectural projects include the Los Angeles Museum of Contemporary Art, the Cerritos (CA) Center for the Performing Arts, and the New Jersey Performing Arts Center (NJPAC) in Newark. His photographs have appeared in several local publications as well as The New York Times Lens blog. An avid photographer since the 1960s, he lives in Great Barrington with his wife, Barbara Zheutlin, and their Akita, Kenji. Peter Peirce held positions as medical photographer at Rockefeller University, Cornell University, and the NYU School of Medicine through the 1980s and 1990s, and began working with some of the country’s preeminent architectural photographers during that time. In the mid-’90s, his business became entirely the photography of architecture. His work has appeared in Architectural Digest, Elle Décor, Antiques, and Interior Design, and can be seen on the websites of hotels including several Four Seasons, Hyatts, Sheratons, the Ritz-Carlton Chicago, the Blue Dory Inn, and many more. Paul Puiia is an artist based in Worcester, Massachusetts. His work explores the urban landscape, and strives to reveal the relationship between the viewer and their built environment. Paul’s work has been exhibited across the United States. He is a 2015 recipient of a Massachusetts Cultural Council Fellowship. BerkshireNow features four exhibits each year ranging from solo artists to group shows. Outfitting the nine-hundred-square-foot gallery space for the new exhibition series was made possible in part by a grant from the Pittsfield Cultural Council. 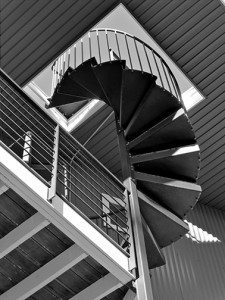 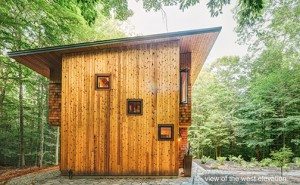 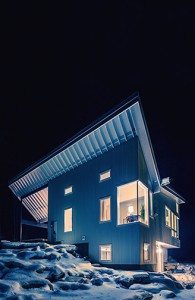