Our most important goal has always been to secure the future of the Berkshire Museum. We want to protect what we consider the museum’s most important asset: our open doors. Reaching that goal has proven more difficult than we could have ever imagined, but it is within reach, allowing the museum to remain the ‘window on the world’ founder Zenas Crane sought to provide this community.

Shuffleton’s Barbershop by Norman Rockwell is on its way back to the Berkshires, to the Norman Rockwell Museum, where it will be on public display. We pulled the painting from auction and agreed to accept a significantly lower price through a private sale that keeps this important work in the public eye. Twelve other works were sold, including two acquired by nonprofits where they will be on public display.

It has been nearly a year since we announced our plan to secure the museum’s future. For more than six months, that plan was blocked by lawsuits filed against the museum. An exhaustive review by the Office of the Attorney General recognized the board had acted correctly and responsibly to address the museum’s dire financial condition. The subsequent resolution we reached with the Attorney General, approved by the state’s Supreme Judicial Court, resolved the major legal challenges and allowed us to proceed to auction and private sale with 40 works approved for deaccessioning with the goal of raising $55 million.

The Berkshire Museum will realize from these first sales net proceeds of more than $42 million, not including proceeds from the sale of Frederic Edwin Church’s Valley of Santa Isabel New Granada, 1875, in respect of the confidential sales agreement. Considering the unpredictable nature of the art market, we are disappointed but not surprised to fall short of our expected goal. We will take time now to consider how we will proceed, through possible auction and private sale, to gain additional resources needed to continue the important work of securing the museum’s future.

Our goal is to create a substantial endowment critical to ensuring the future of the museum, and to direct remaining funds to needed building improvements and the plan to better integrate the museum’s collection in a way consistent with our unchanging mission. The completion of this first round of sales marks an important turning point and an opportunity for the museum and the community.

We believe it is time to move beyond what has been a contentious and sometimes bitter debate to truly take up the critical work of securing the future of the Berkshire Museum, true to the museum’s mission, respectful of its collection, and responsive to the community it serves. We are committed to doing so, transparently, cooperatively, and thoughtfully, to regain public trust and confidence where it has been lost. We urge others to join us in that spirit. 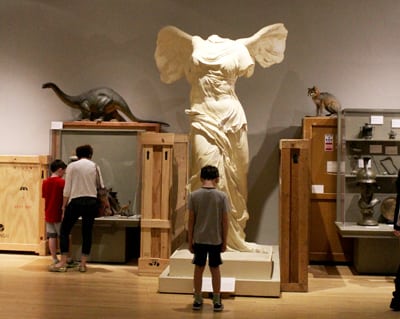 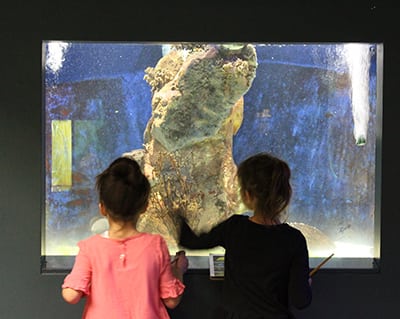 The Berkshire Museum is a museum of natural science, history, and art. Our mission is to bring people together for experiences that spark creativity and innovative thinking by making inspiring educational connections among art, history, and natural science. At extremes, we are wrongly defined as both a ‘fine art’ museum and a ‘community center.’ We are neither; rather we are a museum that treasures fine art and our engagement with the community. It is our community that has asked us to be a vibrant gathering point, profoundly accessible, and a dynamic connector.

Consider that during the last ten months, including while the museum was defending itself in multiple legal actions, it was also: 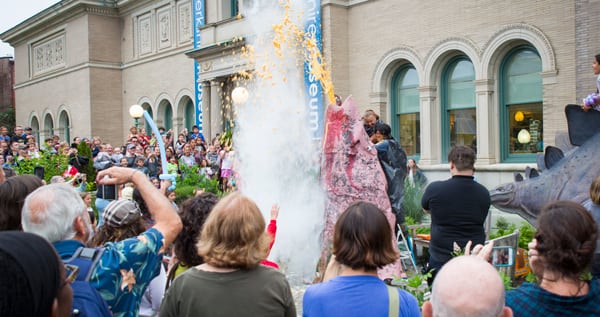 Proceeds from the sale, in the short term, will be invested with local banks, allowing the museum time to take a fresh and careful review of what is now possible. The board is evaluating and will select an independent consultant to help the board hire an investment firm to inform the museum’s financial strategies. First and foremost, ample proceeds will go into an endowment to generate sustainable operating funds for the museum. Anything more than $55 million will be placed in a designated fund to support our art collection. The remainder will be used for building repairs and exhibit upgrades, to be designed and determined consistent with the integrative goals of our plan.

Financial decision making by the Board of Trustees will focus on defining priorities. We have put forward ambitious plans for repairing and re-imagining the museum, respectful of its more than century-old building. We must ensure our facilities are updated to contemporary museum standards and create a platform for exciting new experiences based on community input, true to our mission, and financially sustainable.

Fundraising for general operations will continue in earnest. The Museum’s capital campaign will be reinvigorated. Financial support for the museum has grown over these past months, with new donors joining and existing donors re-investing. Four different foundations have contributed $37,500 in new grants to support our plans. Fundraising will continue, including the Museum’s Annual Gala on July 27, Membership program, annual fund initiative, grants, and sponsorships. The Capital Campaign will be relaunched early in 2019. 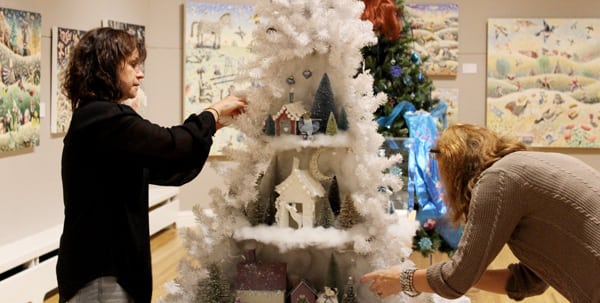 Community outreach will be renewed. We reached out to more than 400 people across our community to develop our plan. That community outreach, to teachers and students, business leaders, young professionals, cultural partners, and others, was determinative in charting our course to better integrate science, history, and art to create museum experiences that engage every visitor. We recognize there are those who believe the museum has not adequately provided information or sought input. While we have worked hard to do both, we are moving forward with a renewed commitment to outreach and open communications as we consider the road ahead and work to bring our community together.

A timeline for action should be expected in the fall. Informed by community input, supported by a business manager to be named, we will work to create a timeline for major improvements to facilities and experiences before the end of the year. We remain committed to a more interdisciplinary approach to interpreting the museum’s collection.

We recognize there are still those in the community relentless in their opposition to the museum, despite the findings of an exhaustive government review and the judgments of two separate courts soundly in support of the museum and the decisions of the museum’s Board of Trustees. We regret that this ongoing opposition continues to divide our community in hurtful and damaging ways. It is our deepest hope that we can at least begin to communicate not as adversaries, but as allies for a community that greatly needs and benefits from all the Berkshire Museum offers.

Sincerely,
The Board of Trustees
Berkshire Museum