Cast a Vote for the Arts

Today’s post comes from Laurie M. Werner, Director of Advancement for the Berkshire Museum. Laurie has nearly 20 years’ experience in management and development for nonprofit cultural institutions, and holds a Ph. D. in Economics. 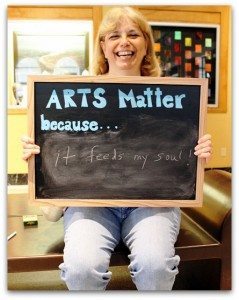 This past year, the Berkshire Museum has been participating in the “Arts Matter” and “Create the Vote” initiatives of MASSCreative, the nonpartisan statewide advocacy organization. The goal of these efforts is to ensure that the arts and humanities are a priority on the public agenda.

As the Berkshires, along with the state and country, still struggles with the aftermath of the last recession, and the political debate is dominated by economic issues of jobs, education, energy, and health care, the arts are often left out of the discussion as an “extra” or even as a luxury that we can’t afford.

But the truth is, in the words of the national policy group, Americans for the Arts, “the arts mean business.”

In 2010, Americans for the Arts published Arts and Economic Prosperity IV, the most recent in a series of reports on the impact of the nonprofit arts and culture sector, the most comprehensive study of its kind. AEPIV found that the nonprofit arts industry in the United States generated $135 billion in economic activity through direct spending by arts organizations and related spending by audiences, resulting 4 million full-time equivalent jobs. On the local level, arts and culture spending resulted in $25 million in economic activity in the City of Pittsfield alone.

The impact of the arts goes far beyond dollars, however. Innovation in any field comes through creativity, critical thinking, and problem solving – all of which are fostered through education and participation in the arts and humanities. My father, a business executive, always told me to get a liberal arts education because it would broaden my horizons and teach me to think, regardless of the profession that I chose.

The National Governor’s Association recognized that workforce development in the 21st century depends on the kinds of skills nurtured in arts education.

An orientation toward arts, design, and creativity fosters the kinds of skills required in America’s 21st-century economy, whatever the business or economic sector….Those skills include everything from understanding the creative process, to collaborating on innovative breakthroughs, to knowing when and how to fix a problem on an assembly line. Economic development, education, and arts and culture agencies are natural partners in workforce development.” – National Governor’s Association Center for Best Practices, New Engines of Growth: Five Roles for Arts, Culture and Design (May 2012)

Nowhere is this more evident than here in the Berkshires. The Museum’s Feigenbaum Hall of Innovation documents the stories of the inventors and entrepreneurs of the Berkshires who had a national or international impact in fields of electricity, papermaking, plastics, agriculture, movie making, education, the internet, and beyond. 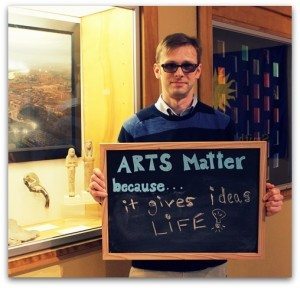 The Berkshires, and in particular the cities of Pittsfield and North Adams, are in transition from an
economy dependent on large industry to one based on numerous small businesses whose success hinges on their capacity to create and innovate.  The ability of the city to recruit new firms in high-wage fields such as bio-technology, design, new media, electronics, medical technology, and computer software depends on the availability of an educated, culturally astute workforce. A local banker has called the lack of a local qualified workforce as one of the biggest threats facing the Berkshire economy today.

The Berkshire Museum, along with our fellow cultural organizations, fills a critical role in the education of our local students by introducing them to new ideas, broadening their view of the world, engaging their imaginations, and inspiring them to think independently. At the Museum, children do hands on work that takes them beyond the classroom – they create an animal sculpture inspired by Calder’s mechanical toys, write and produce a movie or animated feature, design an electrical circuit or a wind tunnel, or learn about the lives of the Mohicans, the Berkshires’ earliest residents, by studying original artifacts.

The arts and culture sector cannot fulfill these roles without public support. It may come as a surprise that arts, culture, and humanities organizations as a group receive only 5% of private charitable contributions (from individuals, corporations, and foundations). If the arts matter, and I believe they do, then they need to be a priority for all of us and we need to use our votes, our voices, and our passion to make sure the arts work for everyone.

To learn more about the arts and culture platforms of each candidate in tomorrow’s election, click here.